Share the post "The closing conference of the project “Archaeology, Authority and Community: cooperation to protect archaeological heritage”"

The closing conference “The results of the project: “Archaeology, Authority and Community: cooperation to protect archaeological heritage” and prospects for the development of this cooperation” will be held in Pskov on December 1-3, 2014. г.

The closing conference is dedicated to the results of the implementation of the project, which was started on May 1, 2012 and will be completed on December 31, 2014. The project focuses on the preservation of archaeological heritage in the cross-border region, on developing cross-border cooperation in this field and on raising awareness of people about archaeological heritage. END_OF_DOCUMENT_TOKEN_TO_BE_REPLACED

Share the post "The closing conference of the project “Archaeology, Authority and Community: cooperation to protect archaeological heritage”"

18th-20th October, partners from Tartu and Pskov visited archaeological sites in Ingria and in the vicinity of the middle part of river Pljussa. During the inspection, participants shared their experience and their understanding of archaeological sites. As the areas were inhabited by people whose successors have lived in the borderlands of both, Estonia and Russia, the inspections turned out to be very informative and profitable for all of the participants.

First, graves and old seaside cliff in Ingria were visited. Later, there was a possibility to visit the archaeologists’ house-camp, familiarise with the fieldwork pictures, mmonument layers and finds. Also, an excavation pit on an interesting stone grave had been left opened for the guests to see, but was backfilled shortly after.

Archaeologists had an educating tea break in the Gdov Museum and had a chance to see some of the rare items that were presented and discussed during the student seminar in Tartu.

The last two days flew by while inspecting archaeological sites in the middle part of river Pljussa with the help of mr S. Popov from St. Petersburg. Several barrow cemeteries were visited as well as some graves with above ground stone constructions, hill-forts and settlement sites. Unfortunately, one of the barrow sites had been disturbed and some of the burial constructions had been vandalised. 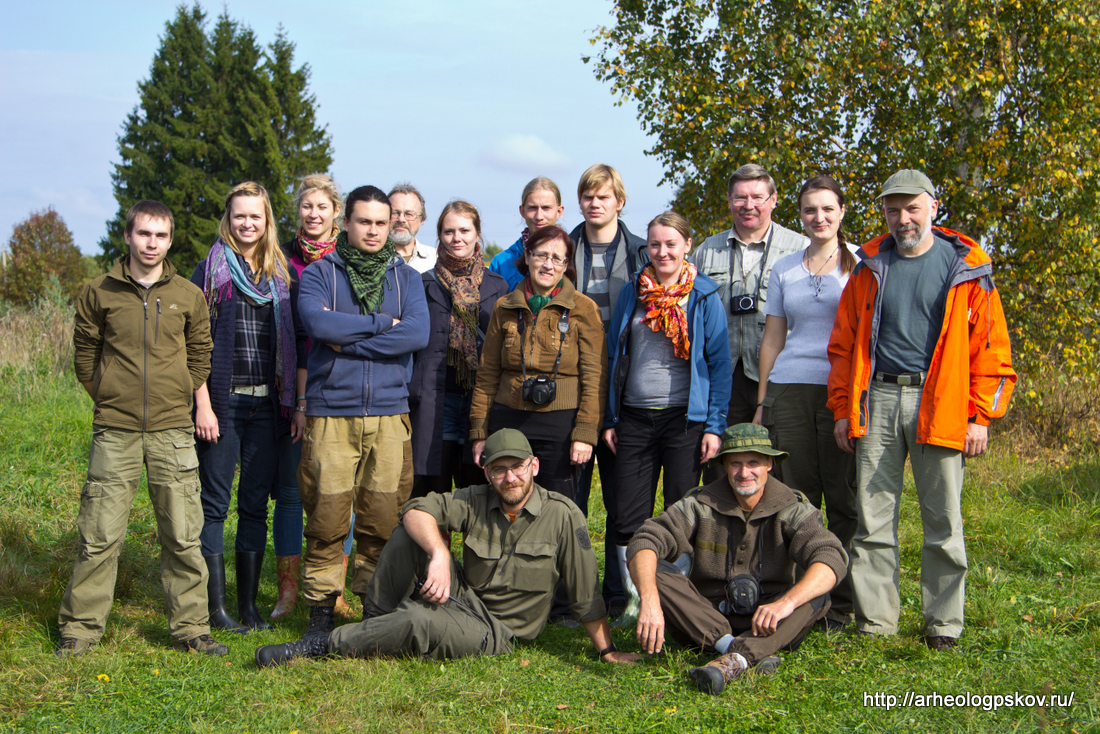 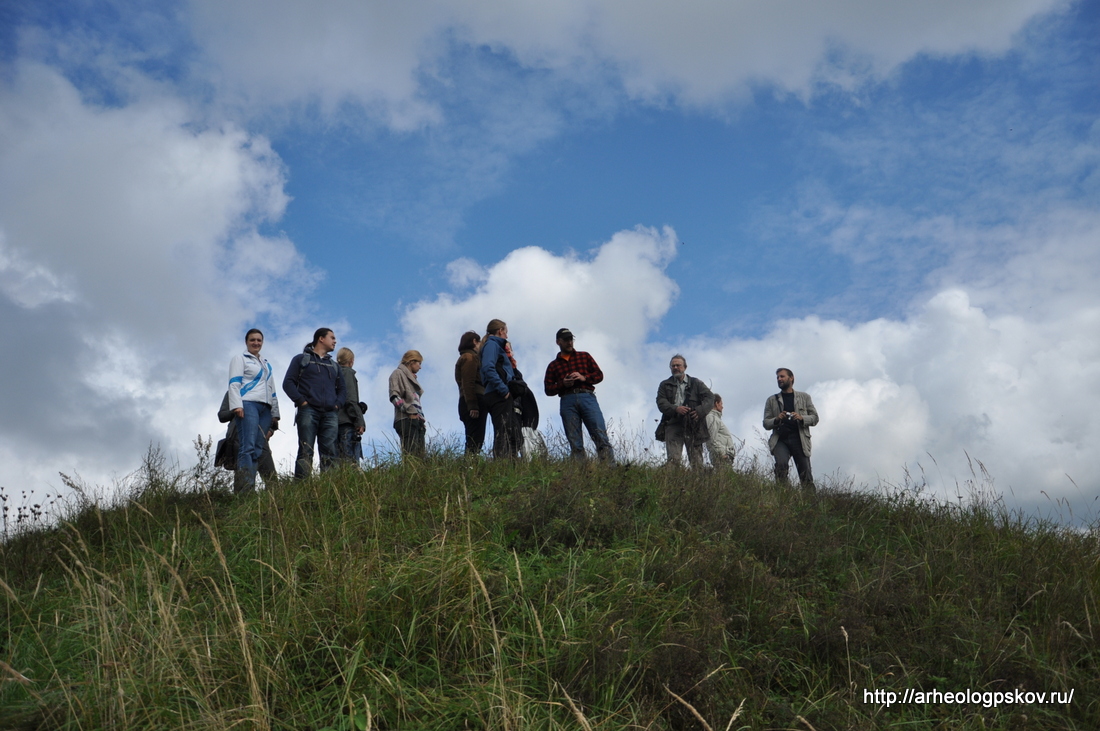 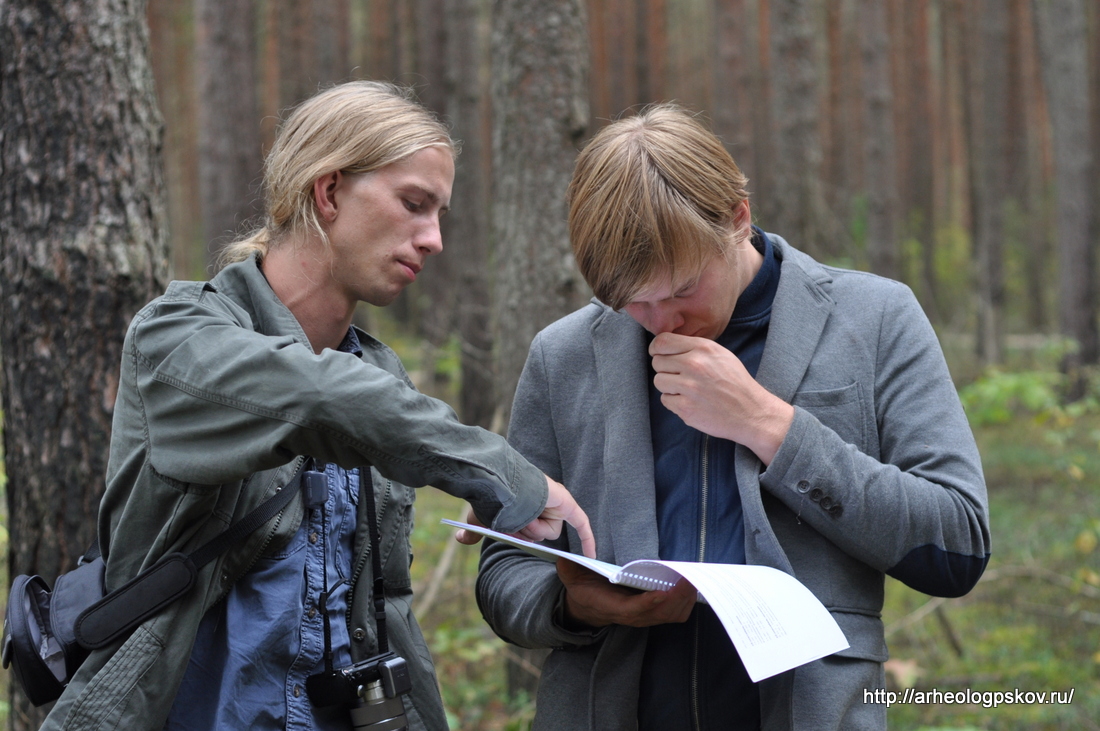 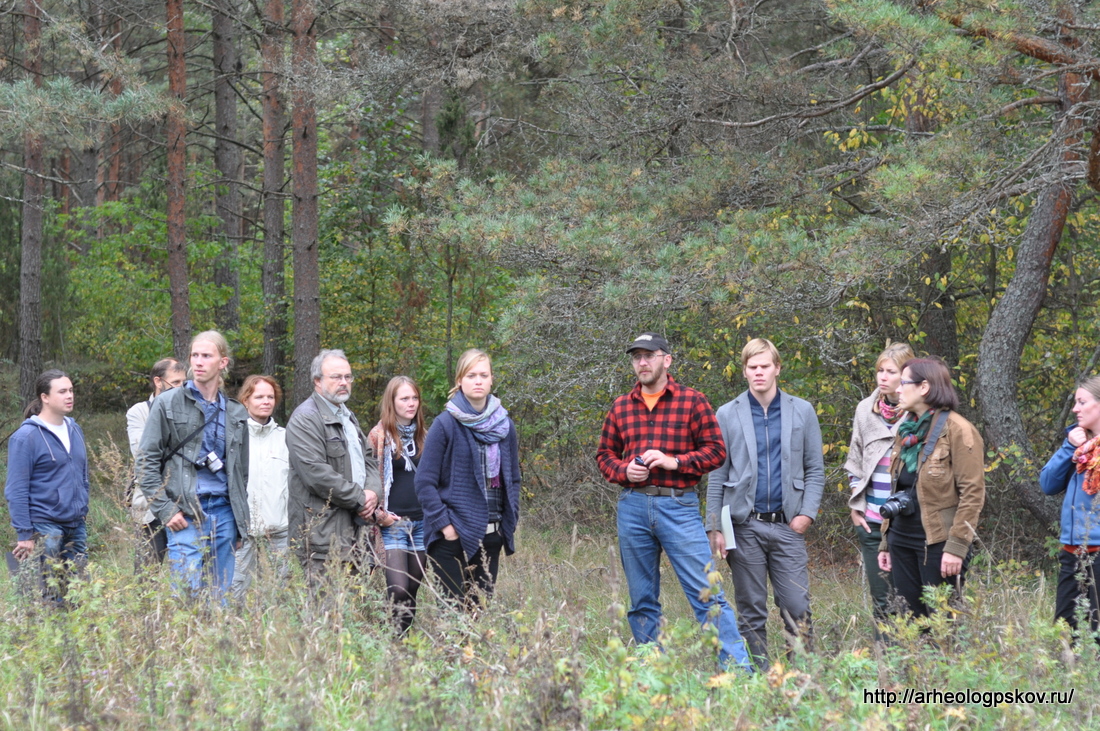 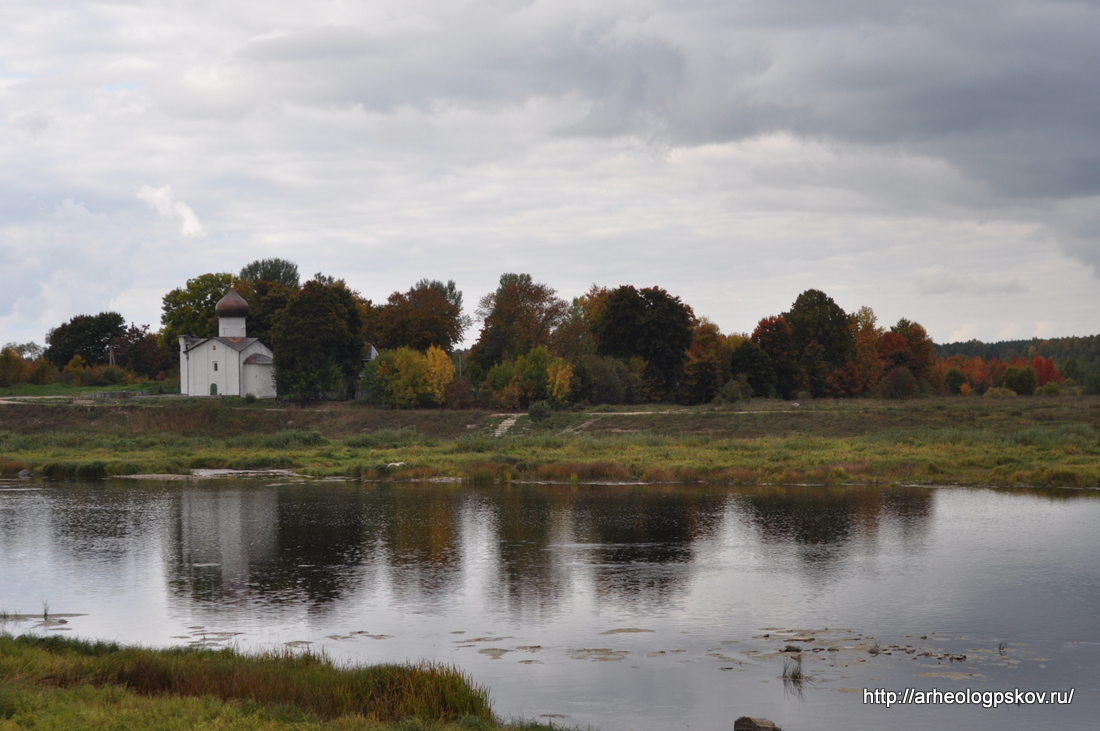 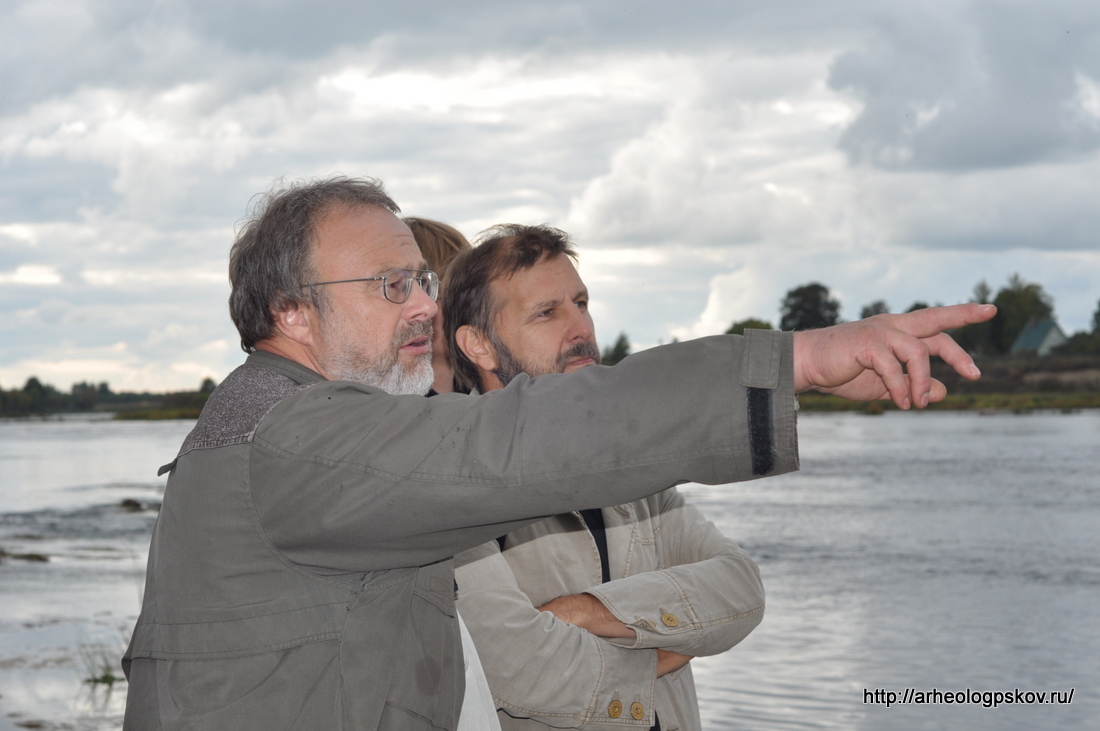 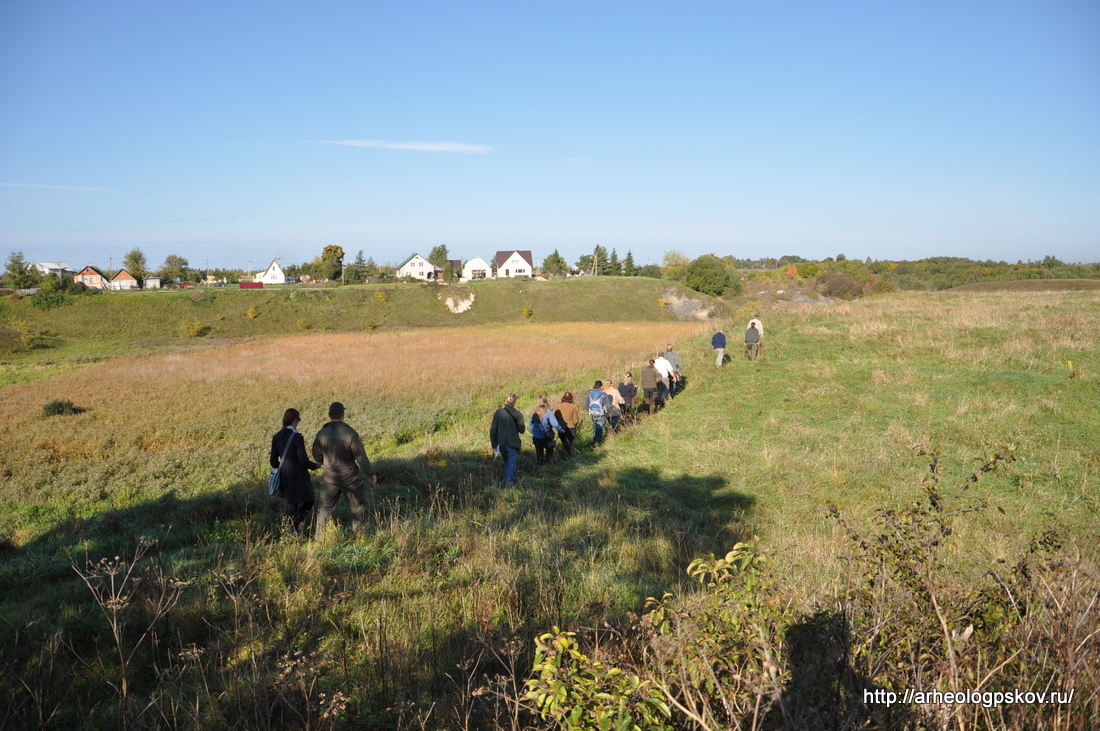 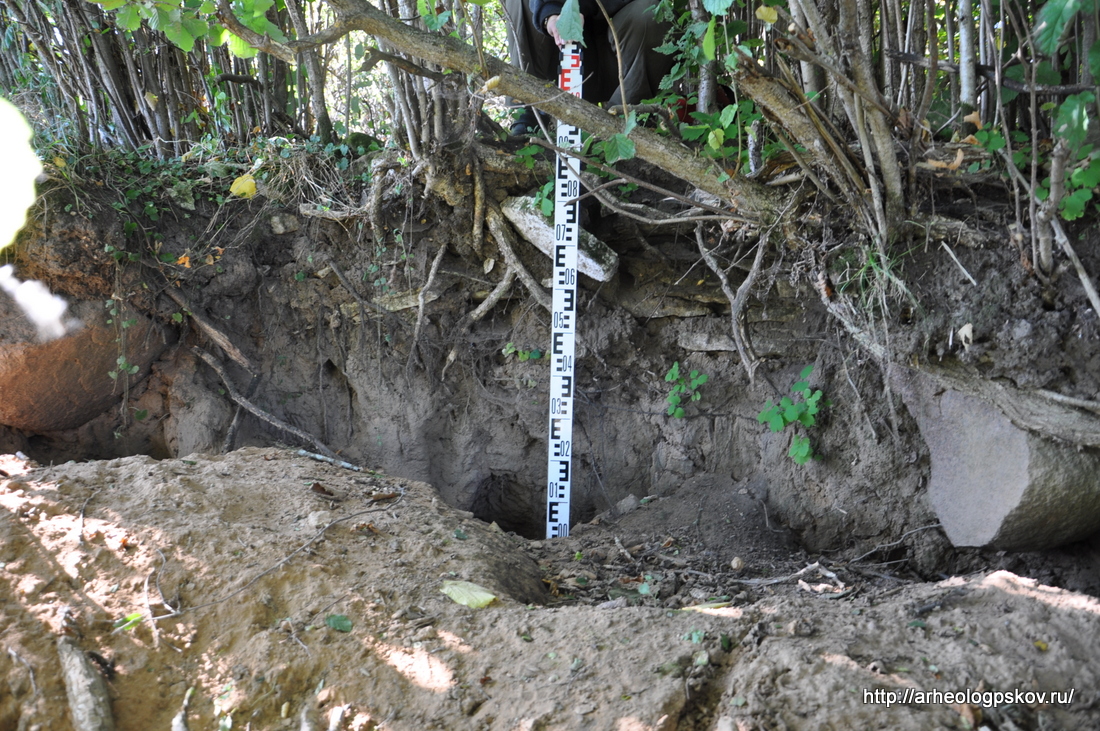 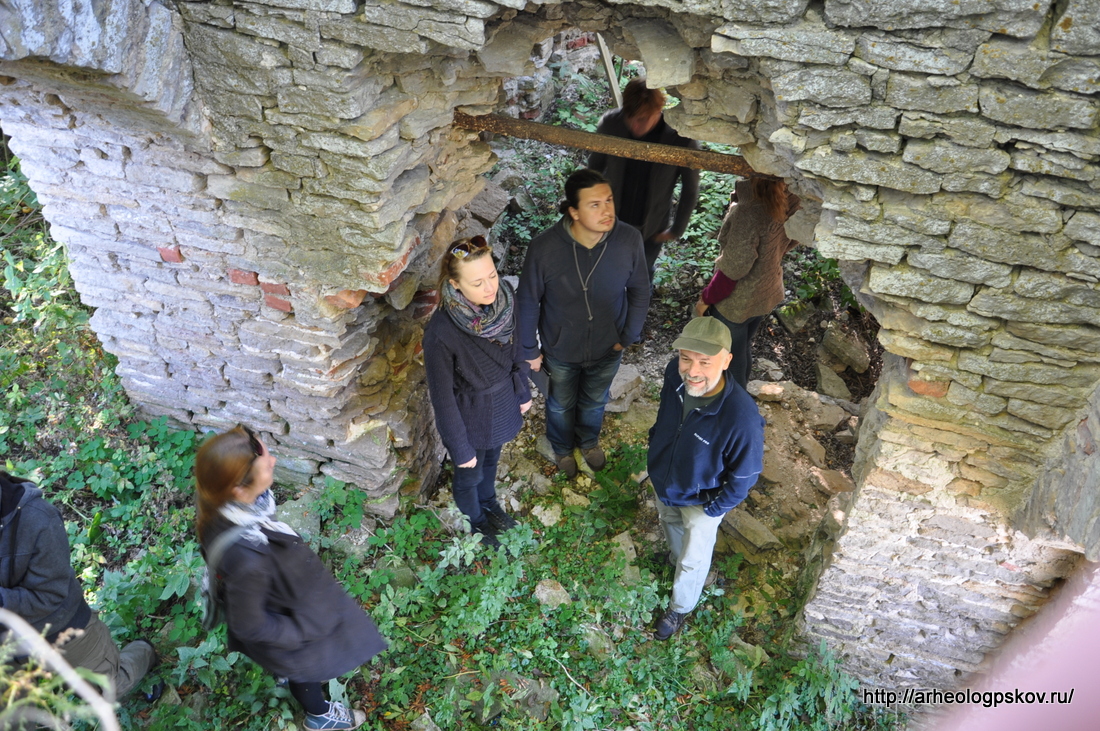 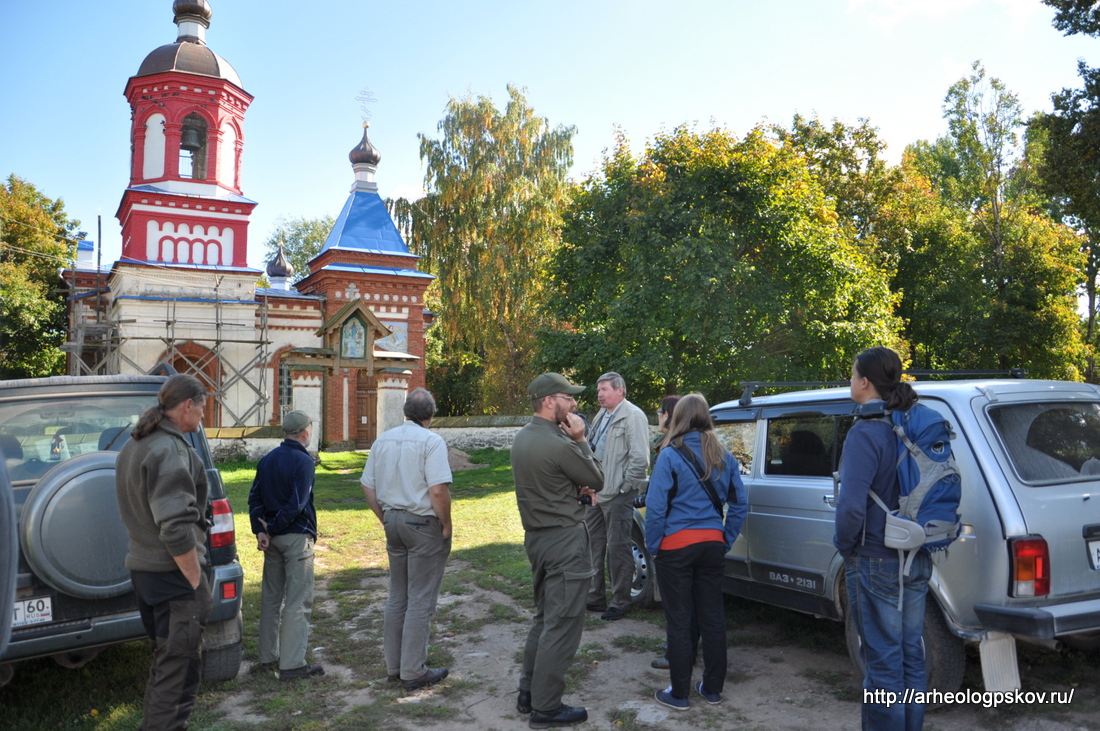 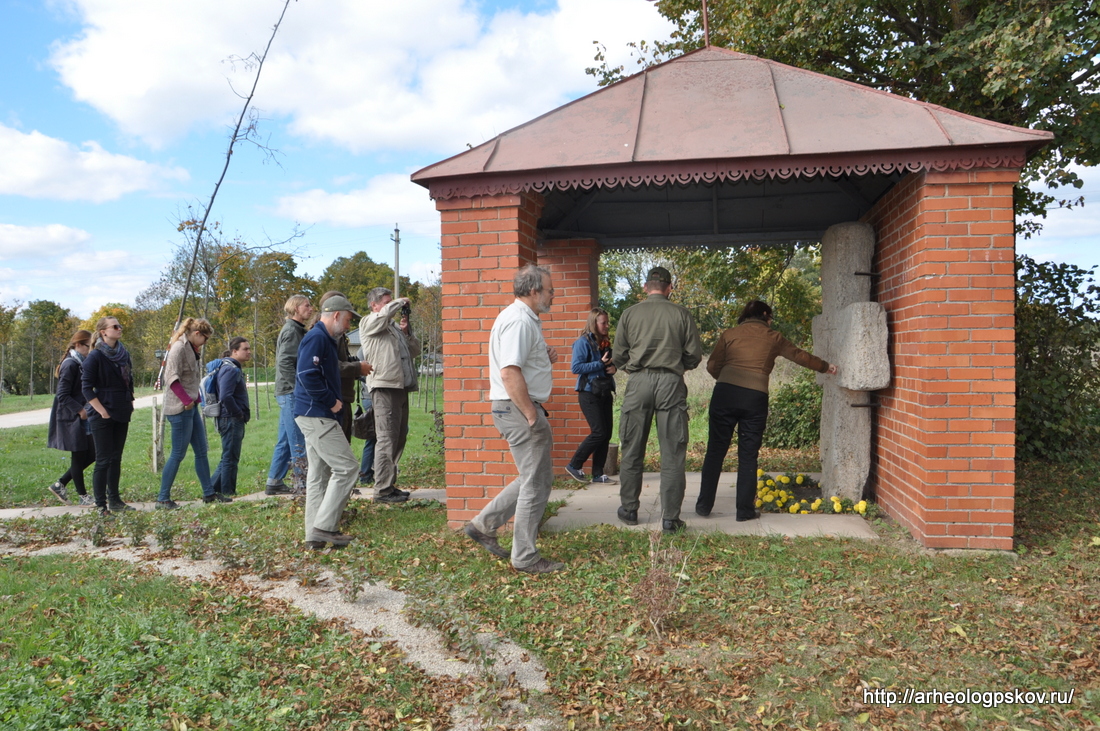 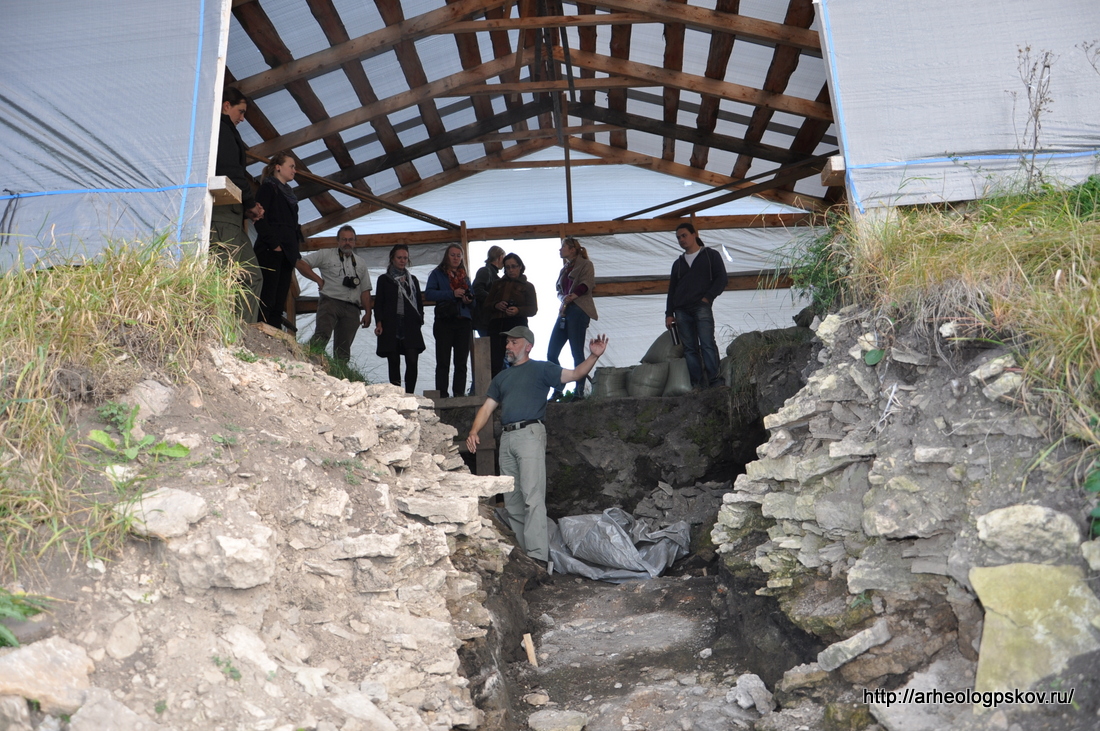 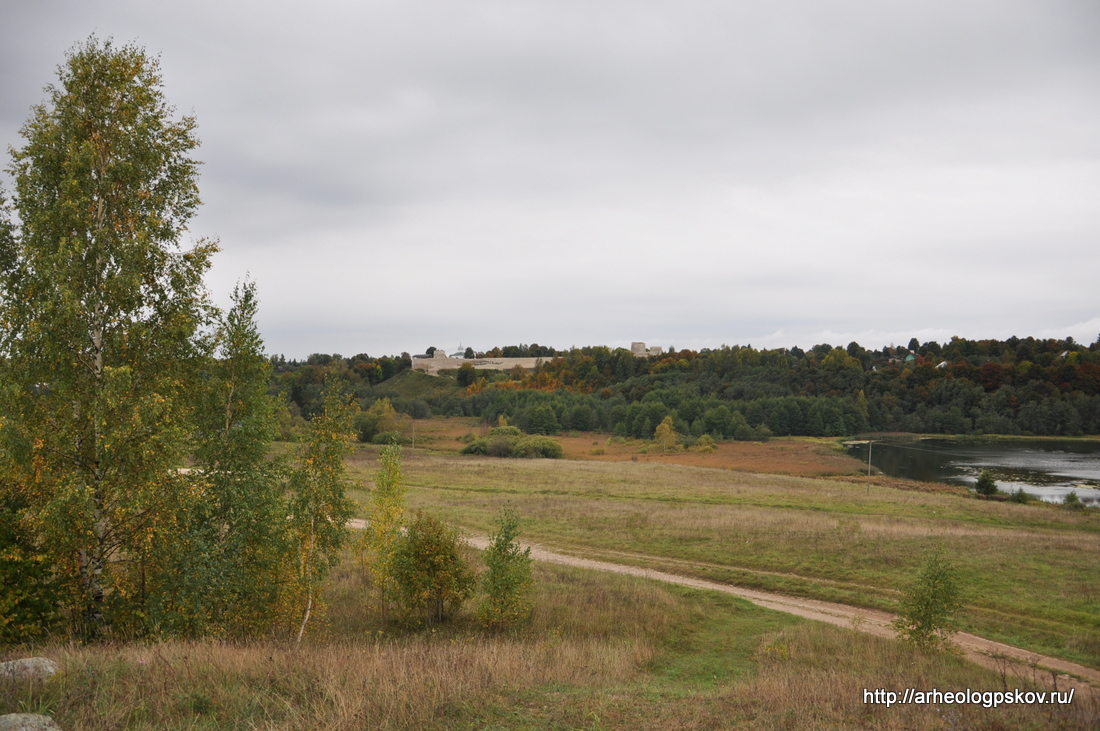 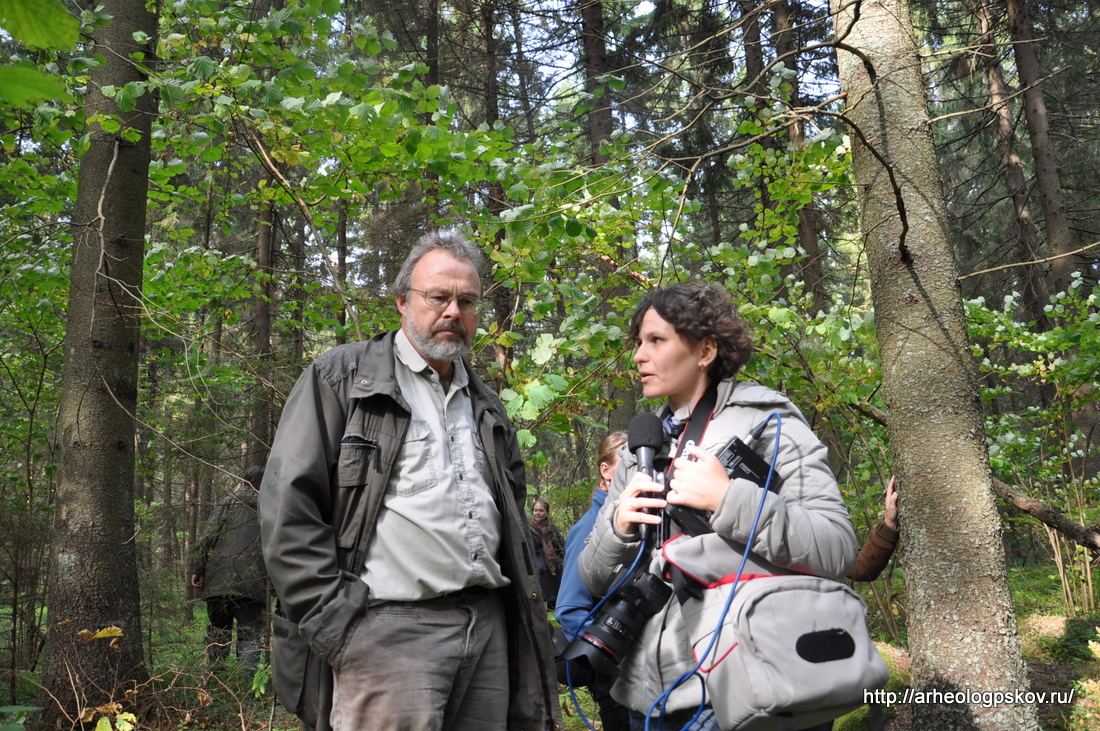 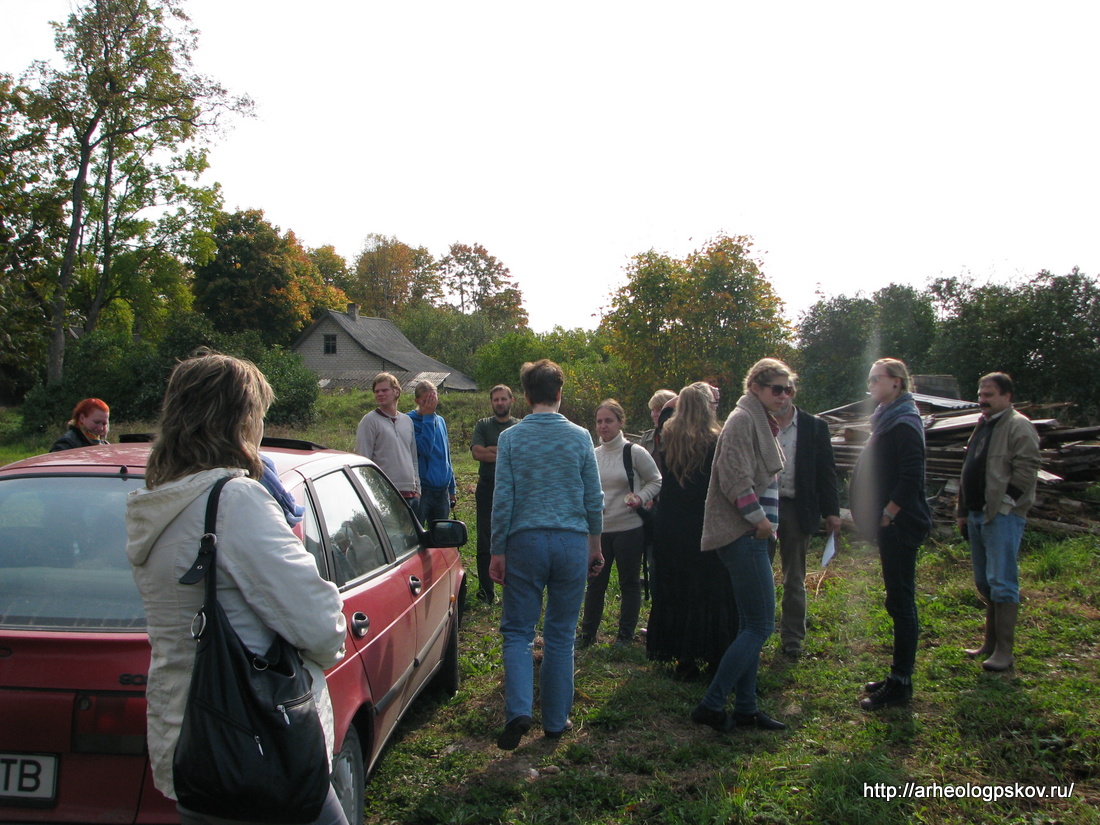 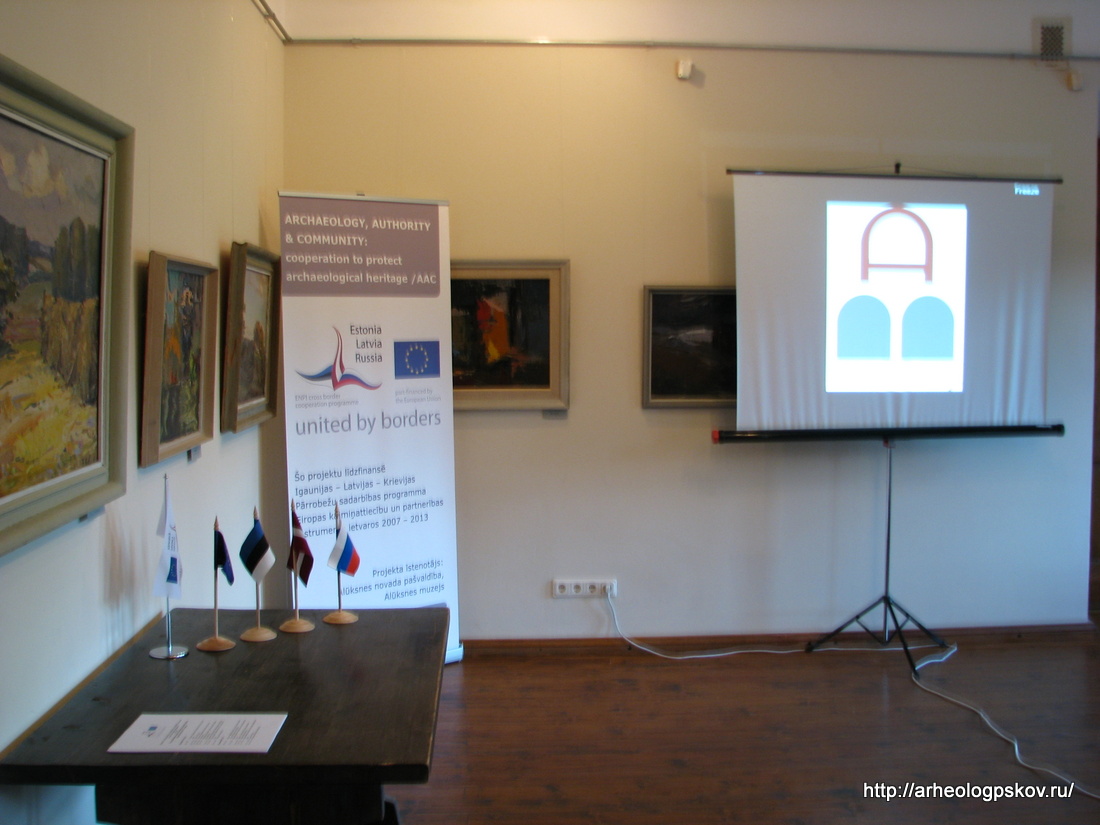 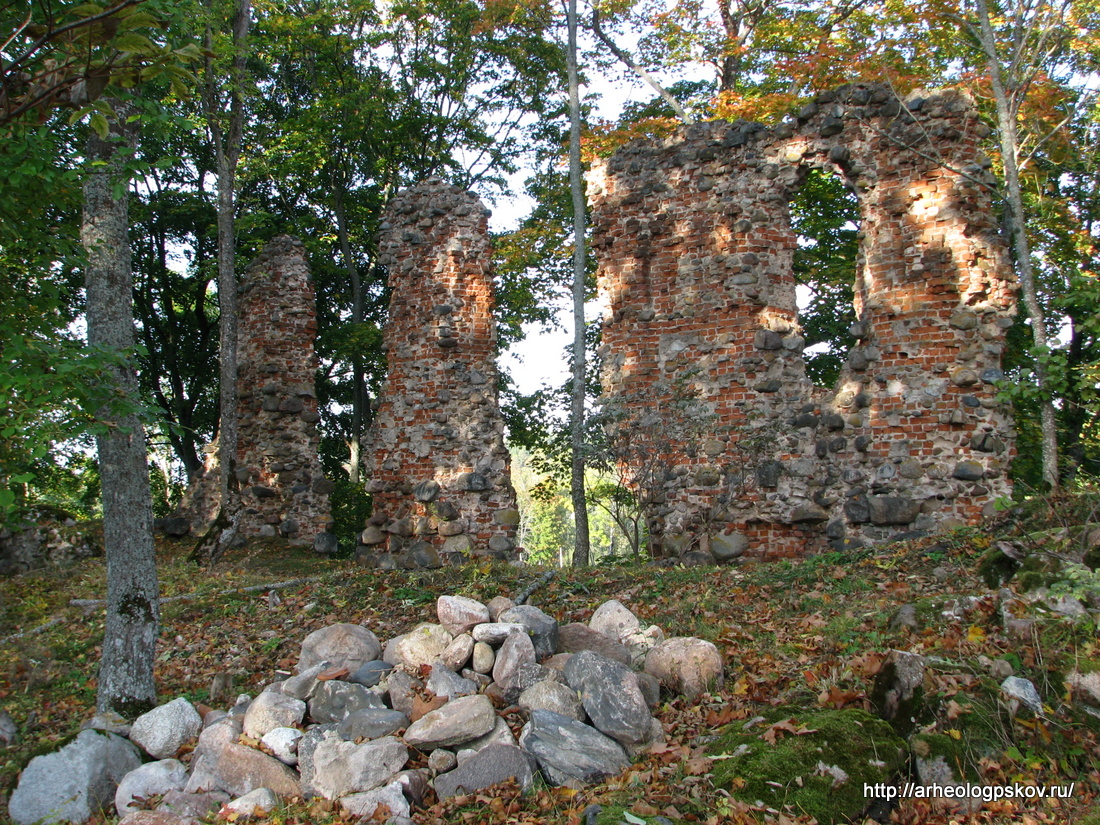 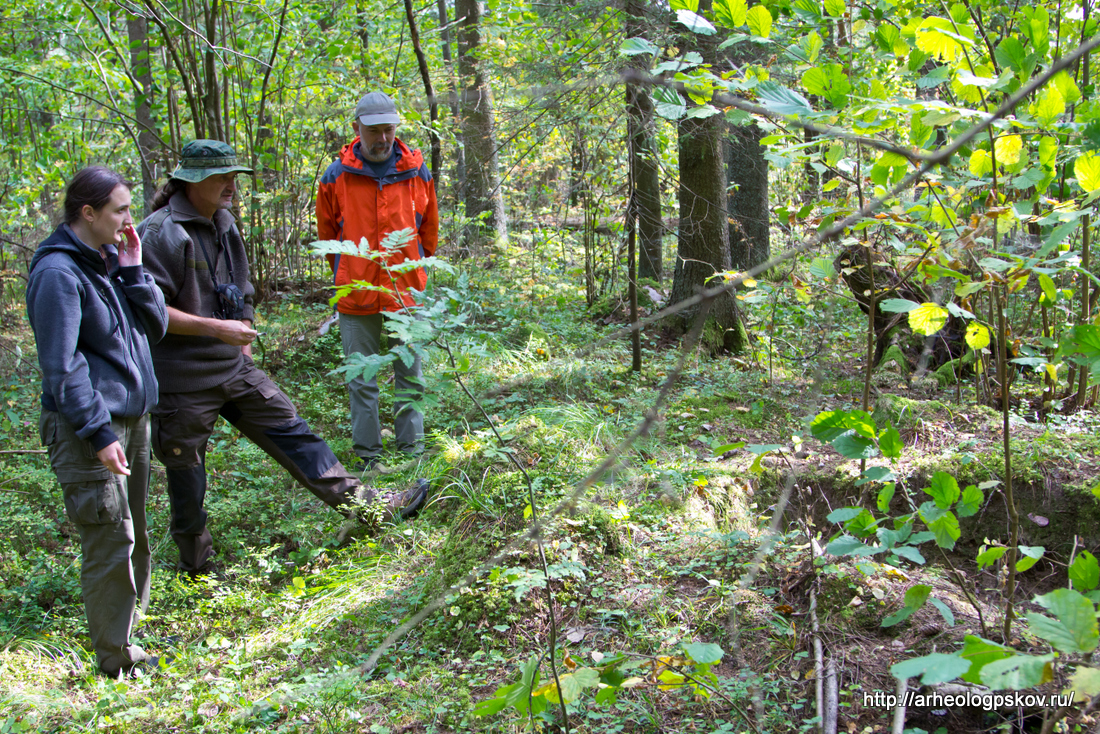