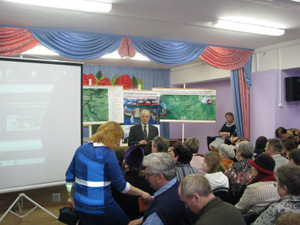 On March 25, 2014 a conference “Water route between Hanseatic towns Pskov and Novgorod via rivers Cheryokha, Uza and Shelon” was held in the town of Porkhov. The conference was organized by Porkhov local lore museum with the participation of the Archaeological Center of the Pskov Region.
Porkhov is one of the medieval towns located on the Shelon’ river. It was founded in proximity to the western border of Novgorod territory in the first half of the 13th century. Not far from the town there was a medieval trade water route, which connected the Livonian and Hanseatic towns with Pskov and Novgorod.
In the framework of the conference a presentation, dedicated to the objects of archaeology, found along the medieval trade route from Pskov to Novgorod was made. This research was conducted in the framework of the project «ARCHAEOLOGY, AUTHORITY & COMMUNITY: cooperation to protect archaeological heritage», as the continuation of the studies of medieval transportation links which used to exist in Pskov area. We would like to remind that in September, 2013 in the framework of the project its Russian, Estonian and Latvian participants traveled along the medieval trade route Pskov-Izborsk-Marienburg (Aluksne). 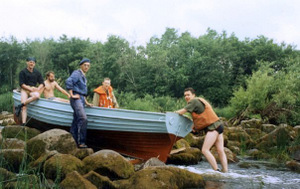 In the second half of the conference A.V.Mikhailov told the participants about the experimental trip by water from Pskov to Novgorod down the rivers Velikaya, Cheryokha, Uza, Shelon’ and Ilmen’ lake, which had been undertaken under his supervision in 1996. The participants of that expedition reconstructed the medieval journey by water which was over 230 km long. It took them 14 days to come from Pskov to Novgorod. Thus they managed to prove the possibility of such journeys in the past 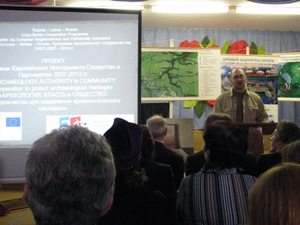 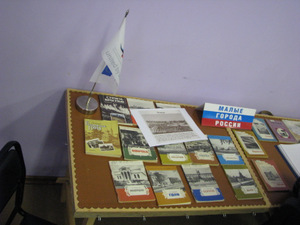 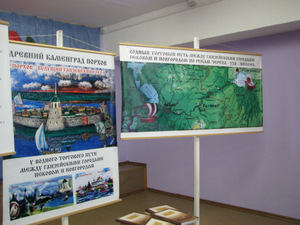 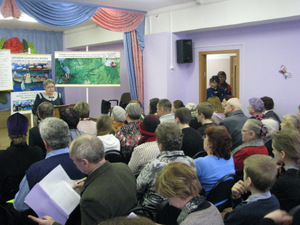 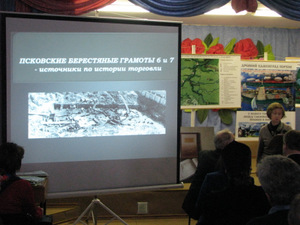 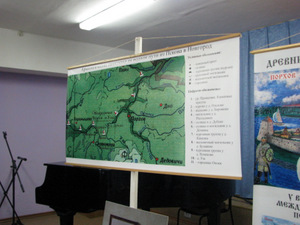 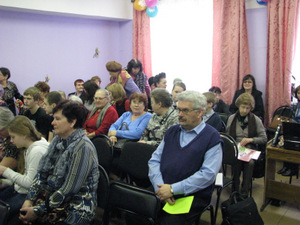